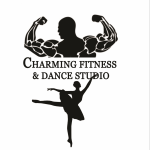 Born as Nirmala Nagpal, Saroj Khan began her career by playing the young Shyama onscreen in Nazarana. She soon became a background dancer under the mentorship of dance director B. Sohanlal. After assisting as a dance choreographer for a few years, her first independent work came in Geeta Mera Naam (1974). Saroj got noticed after she choreographed for Sridevi in Mr. India’s song “Hawa Hawai” (1987). She worked with Sridevi in films like Nagina and Chandni. This was followed by her long-term partnership with Madhuri Dixit in the 1990s in songs like “Ek Do Teen”, “Hum Ko Aaj Kal Hai Intezaar”, “Dhak Dhak Karne Laga”, “Choli Ke Peeche Kya Hai”, and “Tamma Tamma”.

About Us Blog Dance entertainment News